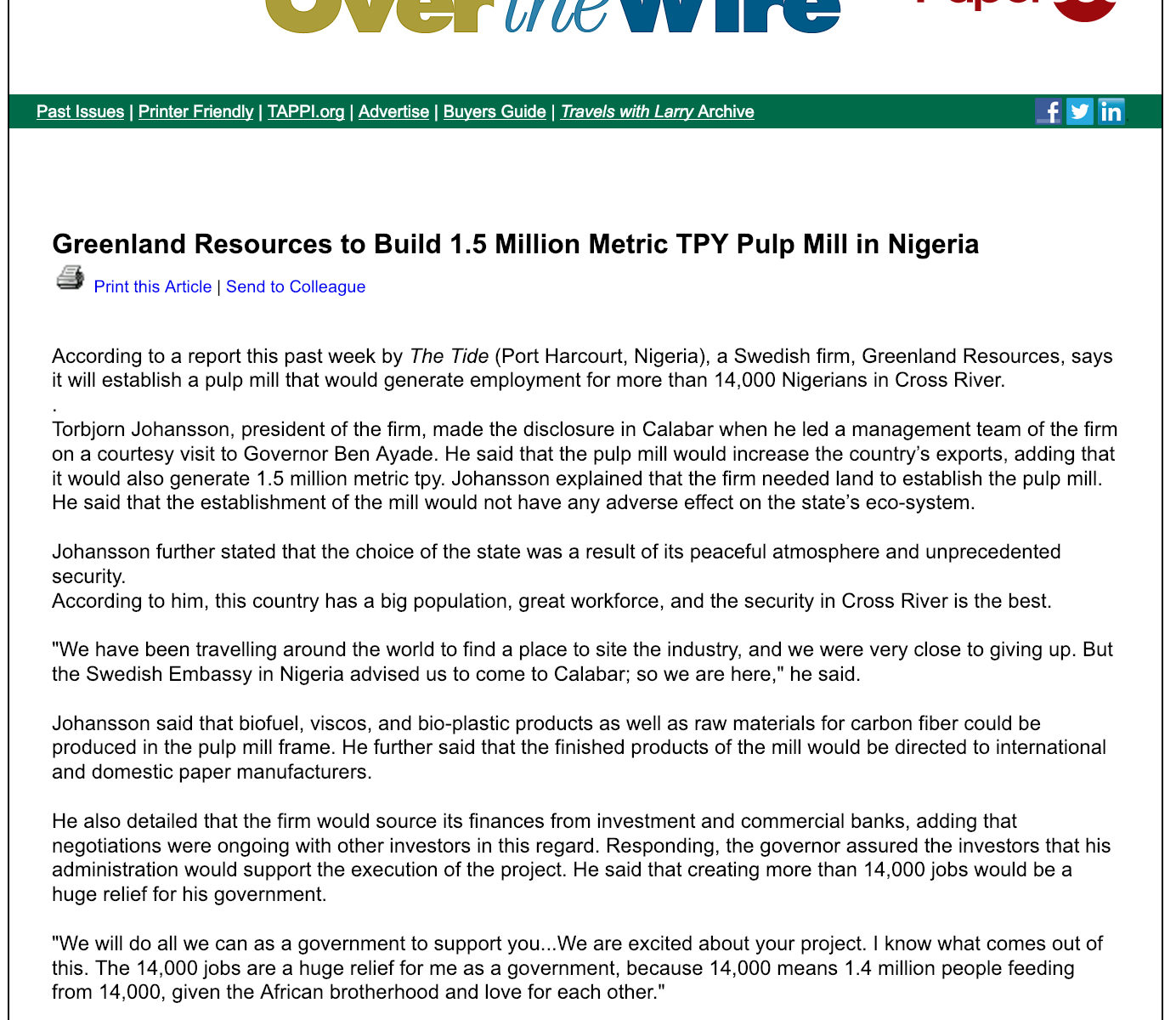 According to a report this past week by The Tide (Port Harcourt, Nigeria), a Swedish firm, Greenland Resources, says it will establish a pulp mill that would generate employment for more than 14,000 Nigerians in Cross River.

Torbjorn Johansson, president of the firm, made the disclosure in Calabar when he led a management team of the firm on a courtesy visit to Governor Ben Ayade. He said that the pulp mill would increase the country’s exports, adding that it would also generate 1.5 million metric tpy. Johansson explained that the firm needed land to establish the pulp mill. He said that the establishment of the mill would not have any adverse effect on the state’s eco-system.

Johansson further stated that the choice of the state was a result of its peaceful atmosphere and unprecedented security.
According to him, this country has a big population, great workforce, and the security in Cross River is the best.